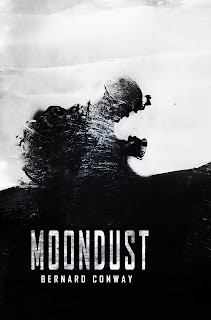 David Peleus, Lance Corporal, USMC, is home. Reeling from a bitter deployment to Afghanistan that took the life of a close friend, he seeks the solitude of his father's home. But instead of silence, he finds himself immersed in the lives of three strangers.
Sibyl McGovern is an aging radical from the counterculture movement of the 1960's. Benjamin Nuemiester is the head of the Lysandreia Group, an ascending private-military firm. Melissa Reine is Benjamin's reluctant protege. Each has a need of David, but their plans conflict.
As David attempts to navigate an interlocking web of motives and plots, he finds his own world increasingly encumbered by a ghostly presence

Events- In a futuristic metropolis, calculated floods are used to build a sense of community in a yuppie neighborhood, but not all residents feel the same about it. (PDF)

Loyalty- Jacks prowls the night streets working as a hitman. He feeds his victims to a flesh eating monster kept out in the mountains. But after being stung by a sense of resentment, he begins to plot against his employers. (PDF)

The Miner (An Ultima Story)- Reduced to a life of poverty and labor, an aging brigand soon finds his fortunes reversed. (PDF)


Other
King Midas of Cool (Medium)- A satire of the old myth (Also available on this site.)

Academic, etc.
Uranium Mining in Colorado (Colorado Encyclopedia)- A short history of uranium mining within the state of Colorado.

Popular posts from this blog

"Every doctrine is true in what it asserts but false in, or because of, what it excludes." -Leibniz
Read more

Military Parades and the Wider Scope of Things

The above video is Marine Gunnery Sergeant Walgren speaking before the invasion of Marjah in 2010. It’s since become a staple of Marine Corps moto (motivational) culture and it always resurfaces around Veteran’s Day and the Marine Corps Ball. It used to be the video that would make an annual appearance but it now shares a lot of that former limelight with all things related to the Patron Saint of Chaos, General James Mattis. Still, there’s an important similarity between the two that goes deeper than the hype factor. Give Mattis a spin through Google Images. Then do the same for Eisenhower, Puller, Nimitz, Macarthur…do the same for any famed American flag officer. A pattern presents itself. In none of any of their most iconic photos are these men depicted as overseeing anything like a parade or an inspection. Particularly for the most recent of them, where PR is a fact of life, they’ll always be pictured standing amongst a small group of ground troops. And that’s not a coincide
Read more

There is in every enduring spiritual legacy, an emphasis on ascetic practice. Why this occurs has been subject to much investigation. And while the investigations themselves may interesting, no single study will sufficiently describe all aspects of asceticism. Nor should we expect one to. For practical purposes, as it is experienced, the subject must be considered on a number of different planes. We will limit ourselves to three examples, along with some further considerations on the subject. A Final Break with Attachment Defined as the act of breaking an attachment, this view of asceticism may be the easiest to understand as that it can be easily translated into terms that require no consideration of its more transcendent features. Although a ‘break’ with some aspect of the material world often is often done in order to look beyond, this need not always be the case. The motivation can be more secular. Many students know well the feeling of what was intended to be five-minute
Read more