Showing posts from April, 2018
Show all

Military Parades and the Wider Scope of Things 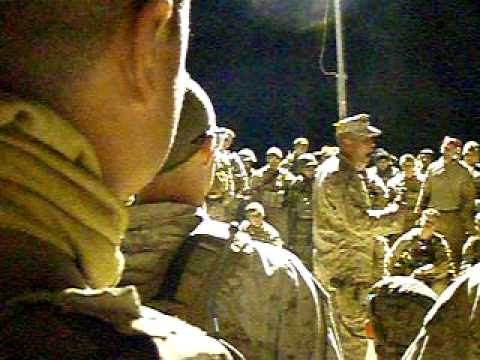 The above video is Marine Gunnery Sergeant Walgren speaking before the invasion of Marjah in 2010. It’s since become a staple of Marine Corps moto (motivational) culture and it always resurfaces around Veteran’s Day and the Marine Corps Ball. It used to be the video that would make an annual appearance but it now shares a lot of that former limelight with all things related to the Patron Saint of Chaos, General James Mattis. Still, there’s an important similarity between the two that goes deeper than the hype factor. Give Mattis a spin through Google Images. Then do the same for Eisenhower, Puller, Nimitz, Macarthur…do the same for any famed American flag officer. A pattern presents itself. In none of any of their most iconic photos are these men depicted as overseeing anything like a parade or an inspection. Particularly for the most recent of them, where PR is a fact of life, they’ll always be pictured standing amongst a small group of ground troops. And that’s not a coincide
Post a Comment
Read more
April 04, 2018
"Every doctrine is true in what it asserts but false in, or because of, what it excludes." -Leibniz
Post a Comment
Read more
More posts